Skip to main content
This year, Desertification and Drought Day will focus on changing public attitudes to the leading driver of desertification and land degradation: humanity’s relentless production and consumption. Sustainably managing land resources which produce our food, feed our farm animals and provide fiber for our clothes plays a major role in rebuilding our relationship with nature in the wake of COVID-19.

As populations become larger, wealthier and more urban, there is an increasing demand for land to provide food, animal feed and fibre for clothing. Meanwhile, the health and productivity of existing arable land is declining.

To have enough productive land to meet the demands of ten billion people by 2050, lifestyles need to change. Desertification and Drought Day, running under the slogan “Food. Feed. Fibre.” seeks to educate individuals on how to reduce their personal impact.

Food, feed and fibre must also compete with expanding cities and the fuel industry. The end result is that land is being converted and degraded at unsustainable rates, which damages production, ecosystems and biodiversity.

With changes in consumer and corporate behaviour, and the adoption of more efficient planning and sustainable practices, there could be enough land to meet the demand. If every consumer were to buy products that do not degrade the land, suppliers would cut back the flow of these products and send a powerful signal to producers and policymakers. 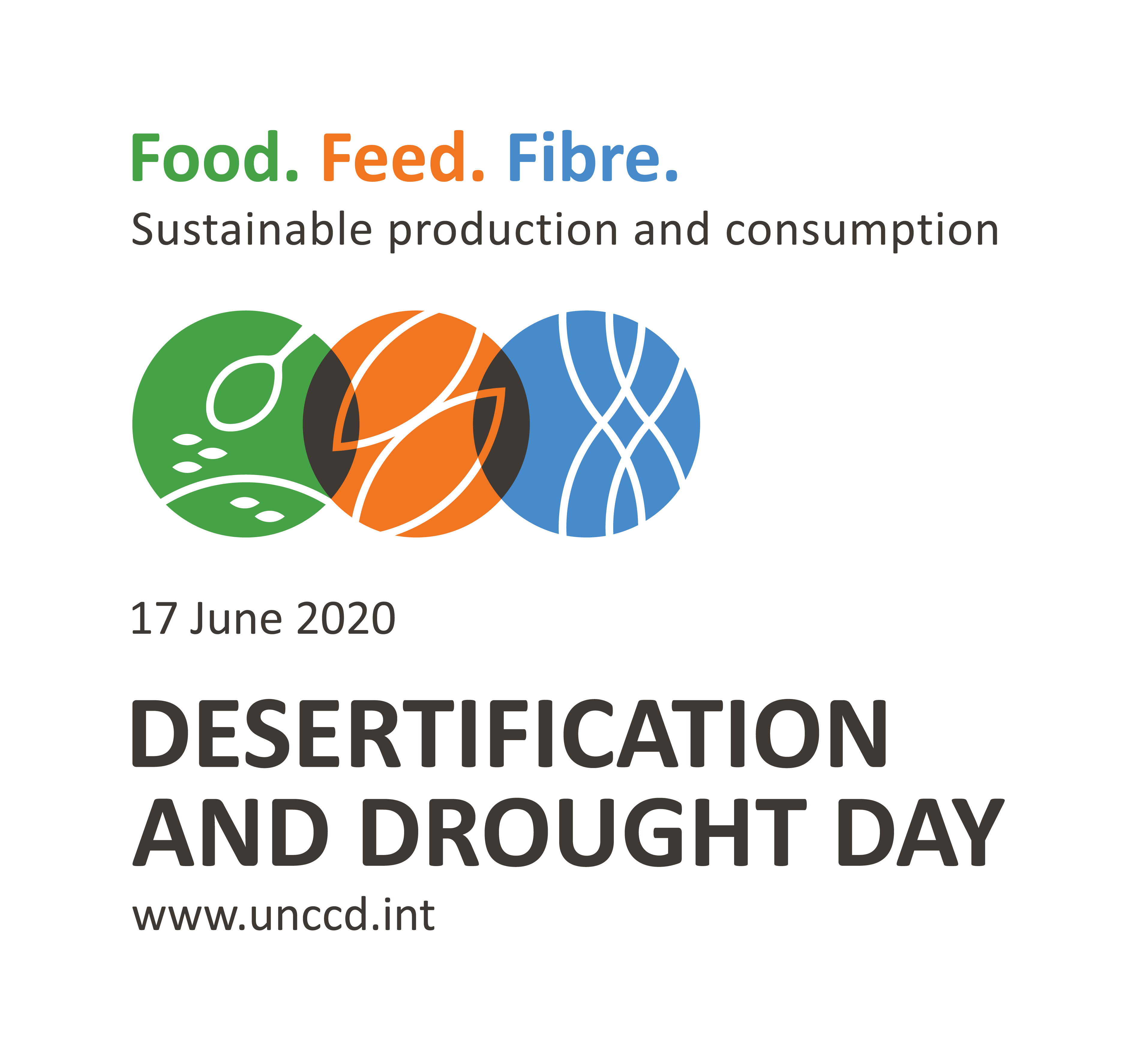 The Rio Conventions
Desertification And Drought Day Observance Event Website
Stories: How to Stop the Decline of Lake Chad